Abia North Senator Orji Uzor Kalu has resumed at the National Assembly for plenary at the Senate this Tuesday, this is the first time since his release from the Kuje custodial facility where he was serving a 12-year sentence.

Galaxy’s Godfrey Eshiemoghie reports that the former Abia state governor arrived the National Assembly premises at 9.37am to an awaiting group of journalists eager to get a glimpse of him.

Responding to questions, Senator Kalu who is the Senate Chief Whip expressed how pleased he was to be back to resume legislative business after been away for a while during the period of his incarceration.

The Senator who is now a free man did not waste time in joining other principal officers in the Senate for the day's legislative business.

It will be recalled that Senator Kalu was released on Wednesday the 3rd of June 2020 after a Federal High Court sitting in Lagos ordered his release coming on the heels of the Supreme Court's nullification of his 12-year sentence.

The Senator was convicted in December 2019 for alleged looting of N7.65Billion.

The following 6 pages may interest you as well: 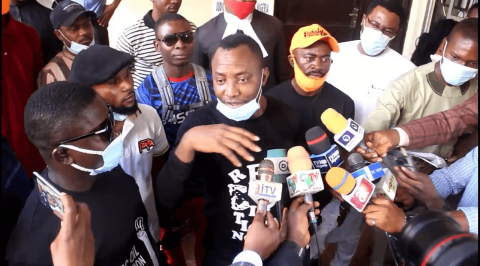 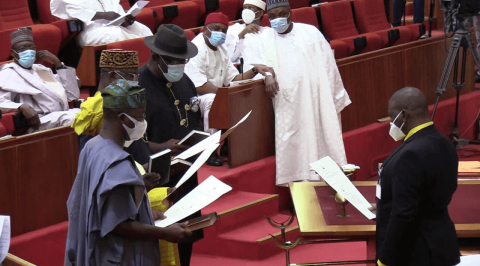 Insecurity: Omo-Agege Says Buhari Does Not Need To Appear Before N’Assembly

FG set to Receiving COVID-19 Vaccines, Gets stores ready to store the Vaccines.